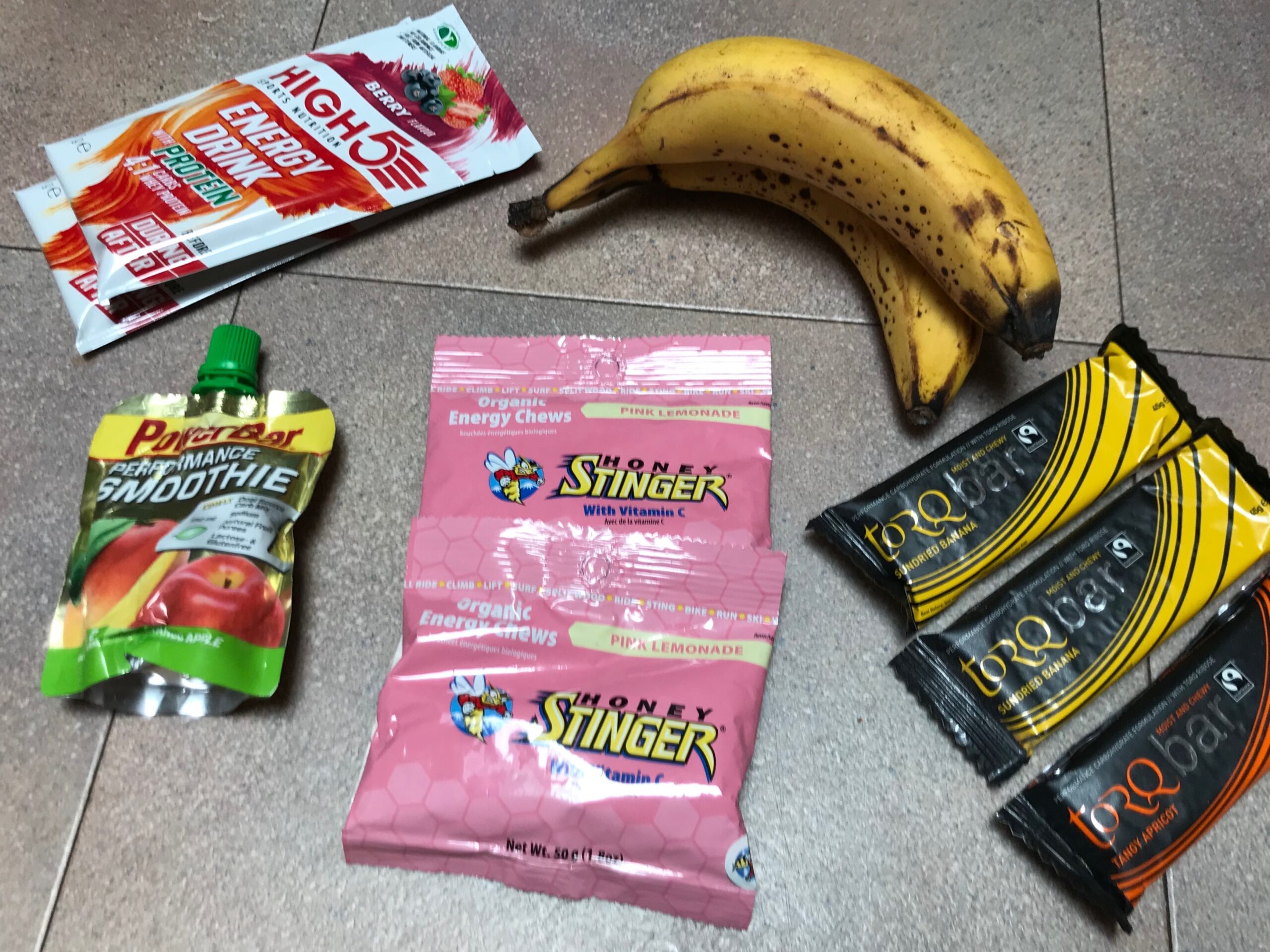 One of the main questions I get asked from friends, family and sports enthusiasts is how much should an individual be eating before training and does this differ from your meal base in the hours running up to a match. Firstly, it is important to acknowledge that different sports and exercise routines demand a range of energy and nutrient requirements. As a result, the quantity and quality of foods consumed should be adapted according to the type and intensity of sport.

In general, energy expenditure during exercise increases because of the energy needed to assist in the contraction of skeletal muscle, allowing the athlete to move faster. In most cases, the exercise rate is dependent on the availability of these energy reserves supplied by nutrient intake. For example, with many forms of endurance sports, energy or carbohydrate depletion is the most common cause of premature fatigue. The amount of carbohydrate consumed is, therefore, essential in preventing the early onset of tiredness during match play.

In order to comprehend carbohydrate metabolism, it is important to have a small understanding of energy expenditure. Energy can be simply described as the potential to do work or produce force. This ability to do work, especially using skeletal muscle, requires a compound called adenosine triphosphate (ATP), where three phosphate groups are joined to one adenosine group. During the breakdown of ATP, this energy is released (mainly from the phosphate bonds) and is used to power all types of work, exercise and movement. Of particular interest, the energy from ATP breakdown supports muscle contraction during sports. This breakdown of ATP to its smaller unit ADP (adenosine di-phosphate) releases about 31 kilojoules (kJ) of free energy. However, these stores of ATP are very small and only adequate for about 2 seconds of maximal exercise. In order to regenerate these energy units (ATP), several processes must occur;

Simply put, when energy levels (ATP) begin to fall during exercise or training, the phosphocreatine is first broken down releasing the energy needed to restore these ATP levels. This is sufficient as a short-term solution for shorter exercise programs or training. However, during longer exercise sessions, carbohydrate and fats are your more important fuels. These tend to be stored in the body and used when demand is necessary. Both of these energy supplies are broken down to form Acetyl Co-enzyme A, which then enters a series of reactions in the TCA cycle. However, if we relied solely on carbohydrate as a substrate, we could probably only run between 20 and 30 km, whereas using fat as an additional fuel source could increase our distance to about 1000-2000km. During lower intensity exercises, fat is considered the substrate of choice. However as the intensity of exercise increases, it is recommended to enhance your consumption of carbohydrates. It is always important to bear in mind the two sides of energy expenditure;

The Importance of Carbohydrates

Carbohydrates are generally the best source of fuel for high impact sports like rugby. They are initially stored in the body (as glycogen) and are the most effective food source for prolonged activity carried out at a high intensity. A player’s diet needs to be high in carbohydrates in order to ensure that the glycogen stores are full and replenished after exercise. Approximately 60% of total calories consumed should come from carbohydrates alone. However, many forms of carbohydrates (jams, sweets, Jaffa cakes, wine gums) are also low in nutritional value and should only be consumed post training and in small quantities. In general, the players diet should consist of complex carbohydrates like fruit, vegetables, rice and wholegrain cereals.

Carbohydrate consumption is especially important during longer exercise intervals (>90 min) with the depletion of carbohydrate stores being a major cause of premature fatigue. This can be observed in both the muscle (peripheral fatigue) and the brain and nervous system (central fatigue). It is, therefore, imperative to consume carbohydrates before, during and after prolonged exercise periods. A lot of research suggests that consuming carbohydrates before and during high intensity workouts of 1 hour will assure maximum performance benefits. However, the individual’s carbohydrate stores must be sufficiently filled beforehand to help fuel the event. It has also become evident that carbohydrate intake has a beneficial effect on both the brain and central nervous system in helping the player to ‘feel better’ during training. Some studies even suggest that doing as little as rinsing your mouth out with a carbohydrate drink will produce the same performance benefits. This is said to trigger sensors in the mouth, which then transfers the message to the brain saying that food is en route.

If an athlete wants to perform at their best in the lead-up to a match, it is best practice to ensure that carbohydrate stores in the muscle and liver are adequately filled. Carbohydrate loading aims to maximize muscle glycogen stores up to twice the normal resting period (500-900mmol/kg dry weight). Early studies show that carbohydrate loading in longer running events (like marathons) enhances overall sports performance. What is interesting to note is that carb loading does not allow the athlete to run at a faster pace but instead sustains the length of time they can run at maximal speed (endurance). In essence, carbohydrate loading helps to postpone fatigue and extends the duration of exercise by nearly 20% while improving overall performance by 2-3%.

Pre-Event meal –meals and fluids should be consumed in the 4hrs before a major event to ensure that muscle glycogen stores are restored and filled since the last exercise session. It is recommended to eat 200-300g of carbohydrate in the 2-4 hour window before exercise or training. It is normally not advised to eat any carbohydrates one hour before an event as it can lead to a rise in plasma insulin concentrations, which can prevent fat oxidation as an energy fuel. This results in increased dependence on carbohydrate oxidation and faster depletion in muscle glycogen stores and glucose concentration.

So what should you do?

Many athletes in the lead up to a match prefer foods with a low fat, low fibre and low-to-moderate protein content as they are less likely to cause stomach upset especially if you suffer from nerves or anxiety before a match. If this is the case, liquid meal supplements or carbohydrate containing drinks are a viable option.

Pre-exercise meals – 3 to 4 hours before training

Pre-exercise snacks – 1 to 2 hours before training

It is always important for athletes to replenish low muscle glycogen stores after exercise with carbohydrates. It is essential that athletes consume about 7-12g/kg per day depending on the intensity and propensity of exercise. The main reason to encourage athletes to consume a carb-rich meal promptly after exercise is due to the fact that effective refueling does not begin until an adequate amount of carbohydrate is consumed (about 1g/kg body weight). It is, therefore, beneficial for the athlete to consume a mixture of medium to high GI carbohydrate, as high GI foods are able to boost overall plasma glucose concentrations. This leads to a higher rate of glycogen re-synthesis, which brings the athletes muscle back to pre-exercise mode and promotes recovery. For a post exercise meal, it is recommended to eat carbohydrate rich foods like rice, pasta and potato over sweeter substitutes like sweets and chocolate.

Overall, try to eat a balanced diet with nutrient-rich carbohydrate foods so that they will also supply the essential nutrients for performance. This includes; wholegrain breads, brown rice, cereals (oatmeal or porridge), pasta and noodles. Always think brown over white. It is also important to eat plenty of fruits, starchy vegetables (potatoes and corn) as well as dairy products (whole milk, skimmed milk and yogurt).

Always have on hand during games sugar-rich foods, which will act as a convenient source of carbohydrate refueling, especially when energy demands are high. You can also try to combine carbohydrate-protein meals to aid other means of recovery. This includes; cereal with milk, sandwiches with meat or dairy filling, sweetened dairy products such as flavored milk or milkshakes, rice or pasta based meals.

Lastly, throughout the day the player should drink about 200 mls of water at regular intervals (every 15-20 minutes) if possible.