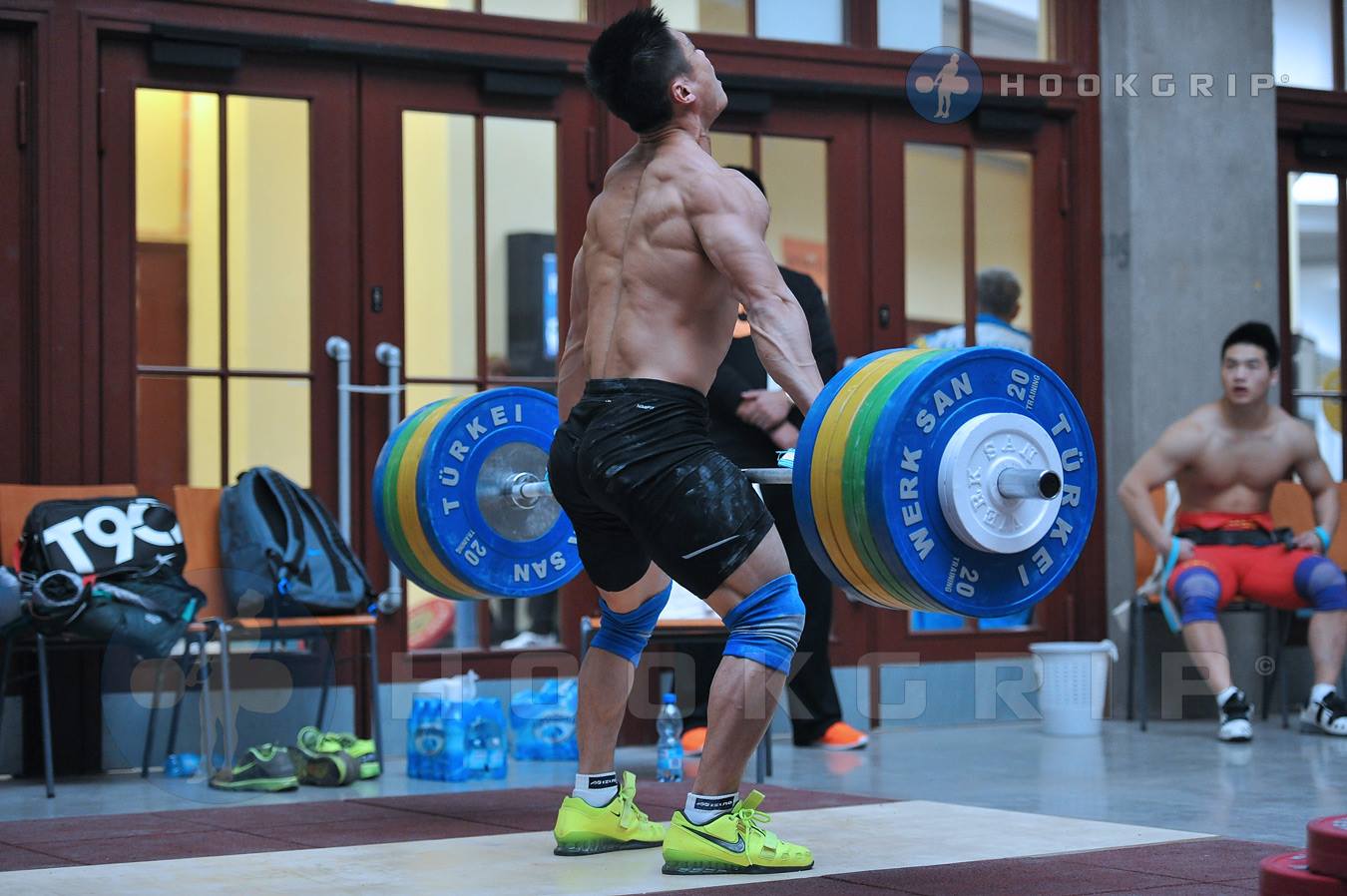 Most Strength and conditioning programs will utilize an exercise which develops the triple extension. The triple extension is comprised of the ankle, knee and hip joints extending in unison. This movement is common in the vast majority of sports and athletic movements. For that reason it is obviously a good idea to try and develop it. Possessing a powerful triple extension will allow an athlete to run faster, jump higher and hit harder. There are many exercises that can develop a powerful triple extension. The clean and snatch are two very popular choices along with most forms of jumping exercises. One exercise which is perhaps less popular but just, or even more effective is the clean pull. (See Below)

The clean pull is the first and second pull portion of the clean. It can also be performed with a snatch grip to create the snatch pull. We like the clean pull because it possesses all the beneficial aspects of both the clean and snatch while significantly reducing technical demands. The first and second pull movement can take quite some time to teach and become proficient at. Often athletes don’t have time in their schedule to focus on technical skills or a lift which is not their chosen sport. For that reason we want to get the benefit from an explosive triple extension movement but do not always have the time to teach it up to a level where it contributes to performance. In addition to time constraints Olympic lifts such as the clean and snatch require mobility and strength in some joints which some athletes do not possess.

Athletes can build massive amounts of power and force generating capacity while reducing injury risk. Many programs will incorporate cleans and power cleans as the benefits of these are well established. The issue is that unless the athlete has reasonable technical skill and mobility, there is a tendency to cheat the exercise. This is especially true where load is seen as a priority. Its benefits can be significantly reduced when this occurs. The clean pull allows athletes to move high loads in a relatively safe fashion. It eliminates a portion of the clean which many athletes have difficulties with.

Recommending an exercise because it is easier or less technical is not something that I’d normally recommend. The reality is that in many scenarios athletes can waste time on things which in the grand scheme of their training are unproductive. The clean pull is a fast and efficient way to develop power in an athlete. It can be used in many circumstances where the clean cannot. One such example is during season in contact sports where athletes regularly pick up minor sprains and strains. The wrist and shoulders are extremely common areas to suffer. This often eliminates many lifts which require athletes to catch overhead or even in front rack position.

In addition to them being a good alternative they can also be a great supplemental exercise. Athletes can often handle heavier loads when performing the clean pull vs. the clean. Building good strength in this portion of the lift can contribute significantly when cleans are then performed in full.

While we don’t suggest avoiding Olympic lifts they are not always necessary or suitable. They should be performed for an established reason and not because they are popular. Many athletes struggle with them and see little benefit. Clean pulls provide an excellent alternative in many scenarios. We firmly believe that the components that make up every program should have purpose. Clean pulls build a very powerful triple extension easily, safely and effectively. This is why we like them.